To program a part of a conference that asks how geographers and artists might learn from their separate exploration of the common themes of space, place, and environment. We designed a cozy lunch in a small event space that had been vacant for a long time on Little Britain Street, called the Pop Inn. We were also asked to speak at the conference about the work we were doing around vacant space in the city.

The event was catered by Brother Hubbard and the discussion centred around the tour so far, as well as learn more about and brainstorm the many creative ways in which vacant spaces can be reused around the city.

30 conference attendees engaged in debate around vacancy and reuse in an unusual space they were not in before. 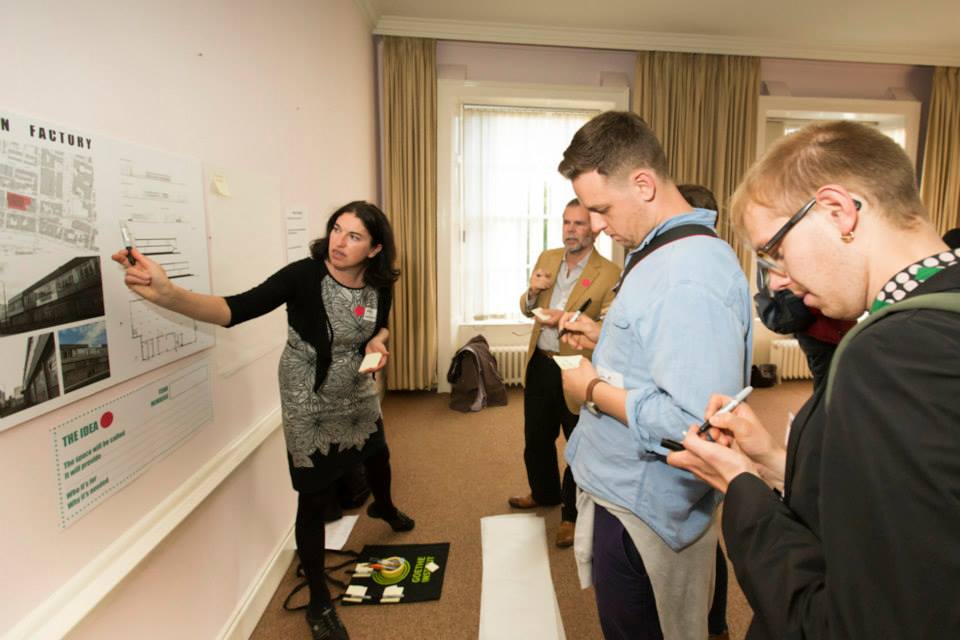